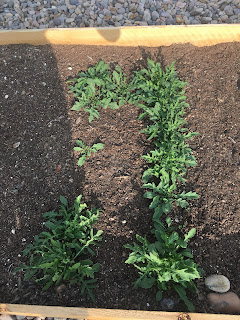 With the dog days of summer finally past, many of my vegetables have let out a collective sigh of relief. During the day, we get a pleasant 85 degrees, and in the evening, it falls down to the 50s. When Lily and I first arrived, the daily average temperature hovered someplace in the 90s. For many vegetables, that's too damn hot. With my mind still thinking like a Midwesterner when we first moved here, I figured the beginning of August meant that the cool fall season was just around the corner, and so I planted cool weather crops. Now, almost two months later, some of those crops have just sprouted — if the beating rays of the sun hadn't already burnt the seeds. Now that fall is approaching and the weather is cooling, many of the vegetables are making great progress. This last week, Lily and I were able to harvest some arugula and some basil. On Saturday, the arugula and basil was greatly enjoyed on a homemade pizza, along with many local beers and some oven roasted Hatch chiles
Post a Comment
Read more 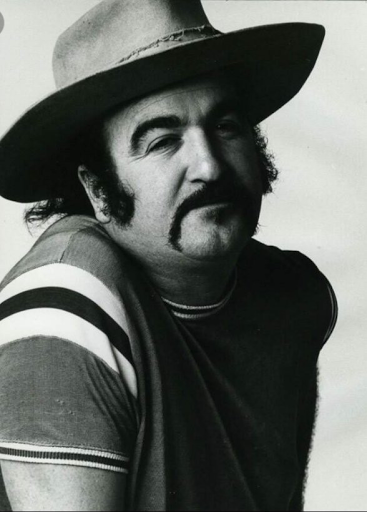 It has been a rough few weeks for my garden. First, we had intense heat, with temperatures reaching the high 90s for what seemed like weeks. Then, as if out of nowhere, a cold spell, accompanied by a wind storm, wrecked havoc on the lovely, sleepy city of Albuquerque. Public Service Company of New Mexico (more commonly known as PNM around here, it's the power company) reported that over 10,000 customers lost power due to damaged lines from the wind storm. Between the intense sun and the intense wind, my garden has seen better days. However, one doesn't move to a desert and expect their garden to always be at peak performance. After all, the desert is not a place you expect to be bustling with life. The intense rays of the sun, with little to no shade, makes it an uninviting and unforgiving environment. We've all watched a movie or read a book where one of the characters wanders off into the desert never to return again. Some people actually have gotten lost in the desert. S
2 comments
Read more 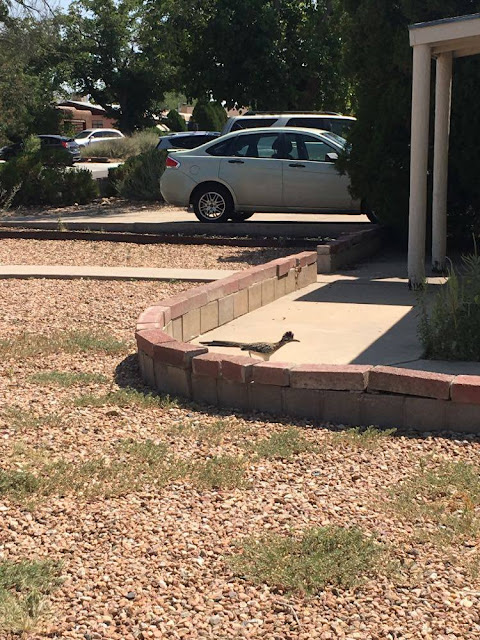 It's another sleepy, dusty, desert day here in the lovely state of New Mexico. As I sip my coffee, the sun is slowly rising and the birds are chirping. I'm hoping a road runner scurries through our backyard. They seem to be most active in the morning.  The road runner has been my favorite little creature we've encountered down here.  The Greater Roadrunner spotted while walking Remy (yes, Remy tried chasing it like Wile E. Coyote) Although these fruits look like ground cherries or cherry tomatoes, don't be deceived. They are the fruit of the Silverleaf Nightshade — a toxic, thorny plant that pops up all over Albuquerque and New Mexico. There's been lots of little creatures this week. Not all of them I have appreciated like the roadrunner. Many of them have been pests, and some have been thorny (see the nightshade above)! I had my first fumble as a gardener down here. One morning, I walked out to check on my plants, and my beans were covered in these gnarly, little
Post a Comment
Read more 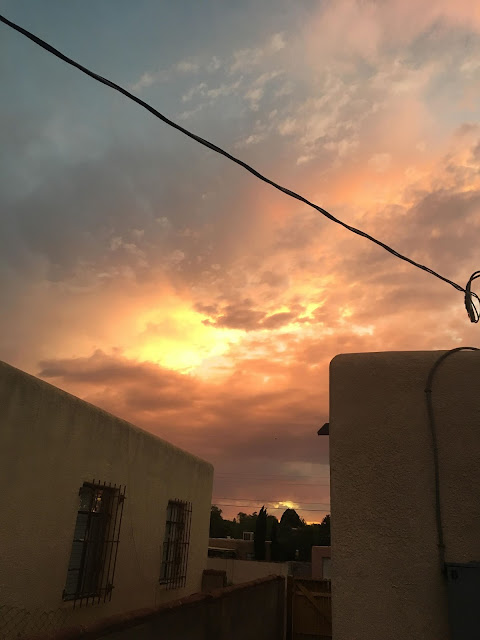 The desert is a new place for Lily and I. The prickly pear and pinyon pine enchant us with their beauty. The cute little lizards scurrying along in the sand make us giggle. The sunset never ceases to amaze us.  The New Mexico sunset as seen from our backyard A lovely patch of prickly pear down the block from our home Alongside all the outdoor exploring of our new home state, we've been working hard to make our new apartment a cozy, comfortable place. Between our love of food and the growing desire to be more self-reliant, we've started working with the soil. Much of this blog will be documenting our gardening, cooking, and foraging for our family and friends. Not long after moving in, I went off to Home Depot to get supplies for raised beds. I used a few cedar boards, some wooden posts, and nails to create two beds, and then I filled them with a cocktail of topsoil, compost, and potting soil — all while listening to Margo Price and sipping some local brews (Santa Fe Brewing Com
1 comment
Read more